In this week’s coaching conversation, Kentucky head coach Kyra Elzy joins the Basketball Podcast to share insights on commit to it goals and being built different.

Kyra Elzy has spent more than a decade building the Kentucky women’s basketball program into a national power. For eight seasons she served as an assistant coach and an associate head coach for the Wildcats before being named the eighth head coach in program history in 2020. UK Athletics

In just two seasons as the head coach, she has crafted an unprecedented resume. Kyra Elzy became the first head coach in program history to lead Kentucky to back-to-back NCAA Tournaments in their first two seasons. This past season Elzy led Kentucky to its second SEC Tournament title in program history, and its first since 1982, when it defeated No. 1 South Carolina. The national prominence of Kentucky women’s basketball over the last decade has been a direct reflection of Elzy’s leadership. Elzy helped produce the program’s first ever No. 1 WNBA Draft pick in Rhyne Howard, who was taken first overall by the Atlanta Dream. 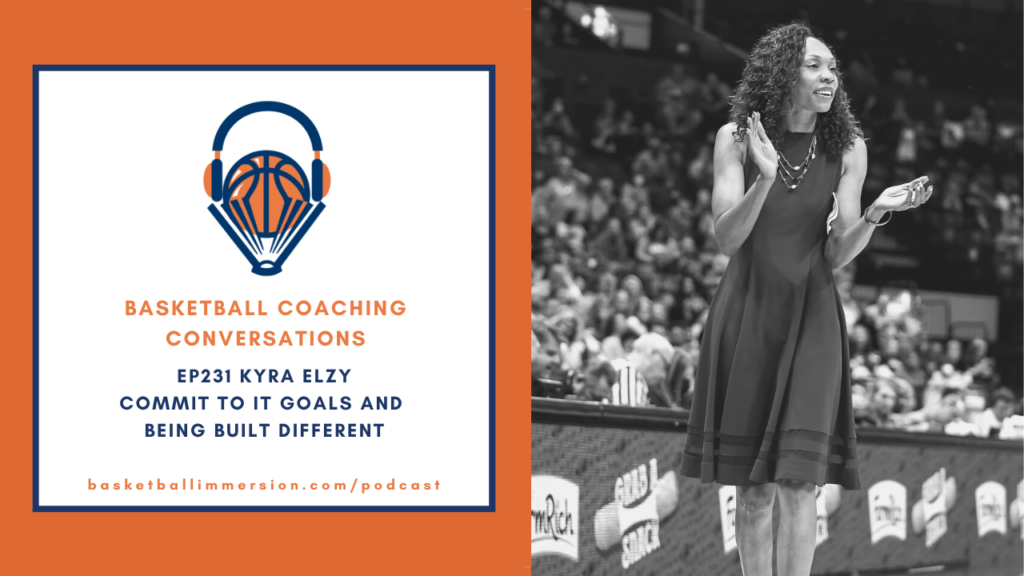 “You’re only as good as your people. And my mentors always tell me to hire people smarter than you and let them do their job. I have been blessed to have two Hall of Famers on staff . . you want people that can pour into you and make you better, but also your program.”

“Relationships are so important. You’re asking players to push themselves beyond what they think they’re capable of mentally and physically. And as a coach, you continue to have to put pressure on them to do so . . relationships come in, when they know you have their best interests [at heart], you love them for the people that they are and not just the basketball player.”

“I never wanted to be that coach that felt like I boxed myself in and that had a manual of 500 rules, I think that is just hard to keep up with and that’s hard to manage. So, I like to propose that there’s a standard and expectation about how you carry yourself and what this program represents, and how we want to operate.”

“We try to call a lot of fouls in practice, because they have to find that balance of aggressive and disruptive without fouling.”

“When you play positionless basketball, you’re trying to find the mismatch and where you can score.”

“Our ability to change up our ball screen coverages, depending on who we played, I thought was a big positive for us. We were undersized, but being able to switch is disruptive because you’re forcing the opponent to find the mismatch and make the read.”

“Even when we were in our tough time, and we were losing, we still practiced hard. So, I could see our progression in practice, even though it was not showing up on the scoreboard.”

“For our staff at Kentucky, I want everybody to have ownership. We are in this together. It’s bigger than me. I want everybody to feel like they have a piece and I don’t want to necessarily carry a practice for two and a half hours, when I have a staff that’s competent and they have knowledge. And they know we stand as one.”

“Some of the things you learn on the job, there’s no preparation for it, you just learn and figure it out . .But number one, I would say, surround yourself with loyal, hardworking people that believe in you. And what that looks like is, if you’re wrong, they don’t mind telling you, they’re there to lift you up, they have your back . . The second thing is, establish a vision, and be able to tell everybody what your vision is, and how you want it to look . . The third thing is . . it’s different when you’re making suggestions . . you have the final say . . being able to delegate and let it go . .The last, I would say, is self-care. This job comes with so much scrutiny and the physical and mental toll that it takes on you . .so, make time for yourself and self-care.”

Kyra Elzy Links from the Podcast: