In this week’s coaching conversation, Sydney Kings head coach Chase Buford joins the Basketball Podcast to share insights on building a program through creating an effective environment, defense and offense.

Buford was hired as the head coach of the Sydney Kings of the NBL in June, 2021. In May 2022 the Kings won the 2021-22 Australian NBL Championship. He played college basketball at Kansas, where he was a part of their 2008 NCAA Tournament-winning team. Buford has also been the head coach of the Wisconsin Herd of the NBA G League.

Buford began his basketball career as regional scout with the Atlanta Hawks of the NBA before being promoted to video intern. He went on to be the coordinator of player development for the Chicago Bulls from 2015 to 2017 before becoming an assistant for the Erie Bayhawks, the G League affiliate of the Hawks in 2017. He was named an assistant for the Delaware Blue Coats, the G League affiliate of the Philadelphia 76ers in 2018

In his lone season as head coach of the Wisconsin Herd, Buford, 32, led Wisconsin to a league-best 33-10 record before the season was suspended due to the Covid-19 pandemic. The team led the G League in rebounds (52.5 rpg) and opponent field goal shooting (42.9%) and ranked second in scoring (120.9 ppg). Buford was named G League Coach of the Month in January 2020, and three Herd players earned NBA call-ups during his stint in Oshkosh. 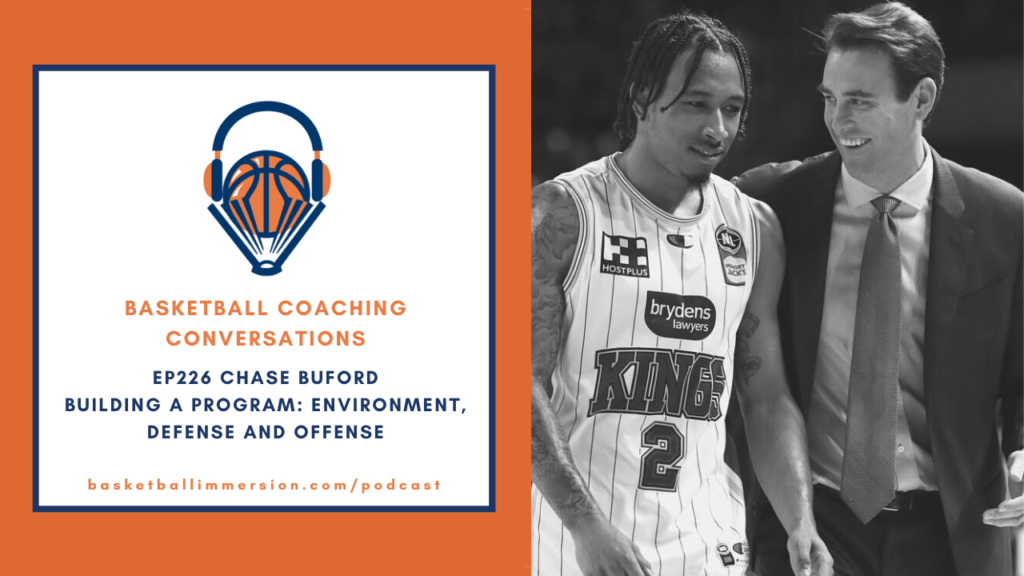 “I think your culture is always going to be a makeup, or a byproduct, of the personalities of the individuals in your group.”

“If you get them [the team] in a situation that’s comfortable and casual, then they just start to continue to bond and grow over things outside of the gym outside of the court. I think it helps the spirit of the group.”

“Actionable steps are really important. Pretty words are great on a wall. What can you act on? What can you say, ‘Did we do that today? . . Are we representing that? Are we doing that?’ and have it be understandable and things that guys can resonate with.”

“Every film session, every drill to start practice, the focus is always defense. We try to score as many things as we can . . so that the priority is getting stops. You can’t always control if the ball goes in sometimes. You can always control how you compete on the defensive end and the way you guard as a team and as individuals.”

“Different styles work in different ways, but the most efficient shot is always still a layup or free throw. So we wanted to take that away and base everything we did defensively off that.”

“I think the NBA as a whole is shifting towards more square stances. It also mirrored our pick and roll defense where we were not influencing in one way or away from the screen, it was just a two-on-two coverage with the big back and the guy on the ball, making his own decisions on how to harass the ball handler and just do what he can to get back in front. So, giving that guy on the ball a lot of freedom. We didn’t want to impact his footwork one way or another, just try to stay really square.”

“We wanted to get a hand and contest everything from every player no matter what. We didn’t want to turn our back so to speak because the numbers say if you can get your body close enough and a hand up, their chances of making the shot dropped quite a bit. So we tried to do that no matter what, no matter who the shooter was.”

“If you can build your habits properly, your players don’t have to think they can just react and play and be aggressive, especially defensively. Over time the dividends are going to outweigh the marginal gains you might get from scouting a player differently game to game.”

“Whatever it is, I think you should find ways to try to measure either as an individual or as a team, how you’re doing defensively.”

“Defense is a is a unit working together to achieve a common goal and they have to be in sync and it has to be on the same page at all times, or it’s not going to work.”

“There are a ton of different ways you can set up your offense. I think the biggest thing you need to decide is what do you want to get done? What are you trying to accomplish on a possession? What looks like a good possession to you? Is that a paint touch and a kick out? Is it a drive? Is it a post up? You have to decide for your team what you’re trying to get the most of in a possession.”

“When you’re playing 5-out, you need somebody putting pressure on the rim on almost every action, or it’s just going to be really stagnant. And so we encourage guards . . rolling all the time. No one’s ever expecting you to roll.”

“We put a big emphasis on breaking the press with pace, getting bodies running north south and trying to go score off it quickly, just so we wouldn’t have to deal with it as much.”

Chase Buford Links from the Podcast: