Home » Podcast » The Basketball Podcast: EP219 with Carly Clarke on Winning with your Personnel
RELEASE DATE : 08/06/2022

In this week’s coaching conversation, Ryerson head coach Carly Clarke joins the Basketball Podcast to share insights on utilizing strengths and winning with your personnel.

This past season Carly Clarke took home her first U SPORTS Coach of the Year, doing so on the heels of a dominant showing in the competition on their way to a conference regular season title, a conference tournament title and a national championship to cap an undefeated season. The accolade and success are just the latest in what has been a triumphant stretch for Clarke, as she also served as the Canadian national senior women’s team assistant coach at the Tokyo Games this past summer. Clarke remains with the national program as the team works towards the Paris 2024 Olympic Games.

The 2021-22 season was historic for Carly Clarke, leading the Rams to an undefeated season, culminating in an OUA and U SPORTS national title. The team went 14-0 through conference play, then concluded the OUA season with a 22-point fourth quarter comeback to claim the Critelli Cup for the program’s second provincial title. The team was ranked No. 1 heading into the Final 8 national championship, and the Rams defeated UPEI, Brock, and Winnipeg en route to the team’s first national championship and only the second for any team at the university. Clarke was recognized with her first conference and national awards, winning the OUA Coach of the Year and U SPORTS Coach of the Year awards. At the end of the season, she was also named the OUA Coach of the Year across all sports.

As head coach the Canadian U19 Junior Women’s National Team, Clarke led the squad to its first ever medal at the World Cup, claiming the bronze medal with a victory over Japan in July of 2017.

Prior to joining the Rams, Clarke spent three seasons in the head coaching position at UPEI. The Halifax, N.S. native and Level III NCCP certified coach has garnered both national and international accolades working with Canada Basketball as well as various provincial sport organizations. 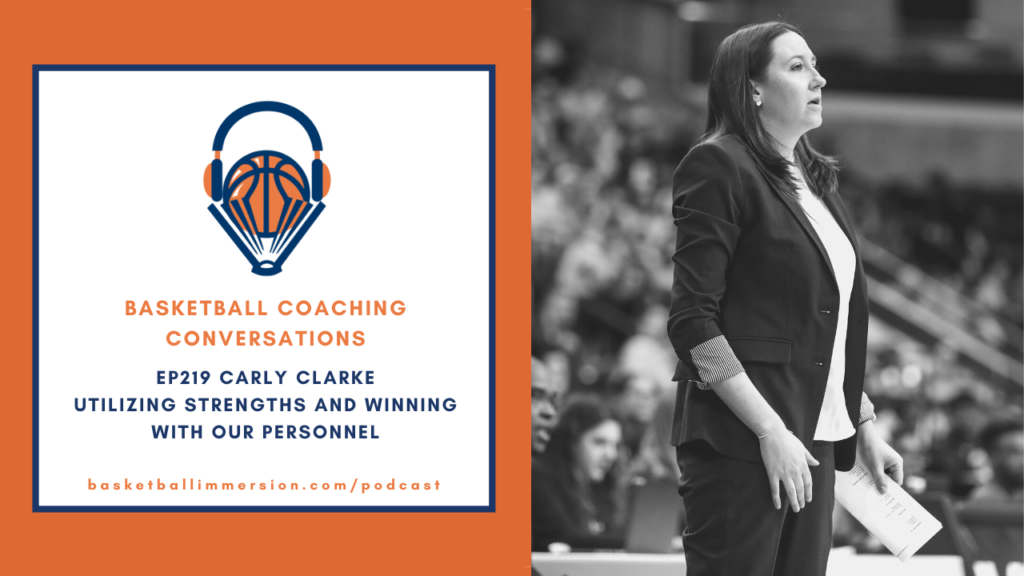 “We decided to . . dive into the mental performance side of things. And I think we really built a strong foundation and developed relationships to a deeper level that we were able to carry forward to this season.”

“I’m a big believer in the mental performance side of things even for myself as a coach . . often what gets lost is how to utilize those skills in a high-pressure moment.”

“One of the important roles of a mental performance coach is there’s a level of confidentiality and safety that the athletes have.”

“Every drill that we’re utilizing in practice, there’s a competition element, we’re keeping score . . there’s an outcome we’re trying to achieve. And we try to make sure we build that in with great clarity, but it’s also connected to our process . . there’s a lot of process elements to it, not just stop or score.”

“We built the defense by starting in playing a lot of one-on-one and getting players to understand angles and positioning.”

“We evaluated who our people are and what their strengths were and tried to build our offense around putting our players in positions to utilize their strengths.”

“We really try to celebrate the cut that created an open shot and recognize those little things. The shot going in is the easy thing to recognize, but how did we get that open shot?”

“Our effort is something that is a non-negotiable for us . . and along that same line is mistake response and understanding that you’re going to make a mistake, but we try not to compound mistakes.”

“We were reevaluating some of what we were doing technically and tactically and one of the scans we did was, ‘Okay, we know our team is pretty good and we’re on the cusp of competing [for a] national championship. What do we need to do to take ourselves over the top?’”

“We looked at three or four of the top teams in the country and said, ‘Who do they have? What are their strengths? What are we going to need to do to beat them?’ And that helped build our technical and tactical plan for the season.”

“A lot of our offense was built around specific spacing and a lot of our actions were set up with similar spacing or a couple of different base alignments. As the season went on, we were able to add one or two little wrinkles that were out of actions that we had been doing all year . . the freedom to play and make plays is so critical.”

“Our goal was to be the best at getting better. That is what we talked about every single day – how to find a way to get a little bit better every day.”

“Going through those leaner years really drove my focus on the process because the only way we could stick to it was recognizing the wins that we were having that weren’t necessarily showing up on the scoreboard every single day.”

Carly Clarke Links from the Podcast: