In this week’s coaching conversation, Ohio University head coach Jeff Boals join us to discuss positive coaching and a next play mentality. Boals spent seven years as an assistant coach for the Ohio State Buckeyes men’s basketball team under the tutelage of Thad Matta before replacing Steve Pikiell as the head coach for the Stony Brook Seawolves for three years.

In the 2020-2021 season Jeff Boals and the Bobcats won the Mid-American Conference Championship to qualify for the NCAA Tournament for the first time since 2012. In the first round they beat Virginia, before losing in the round of 32 to Creighton.

Boals landed his first coaching job as an assistant coach at his alma mater Ohio University after graduating. He then took an assistant coaching job at the University of Charleston in West Virginia, where he stayed for three seasons before joining Marshall as an assistant coach from 1999 to 2003. Boals returned to Charleston as the associate head coach, for one season before jumping back to the Division I ranks with Robert Morris, then to Akron. He joined the coaching staff of Ohio State in 2009, led by Thad Matta, where he has been a part of three Big Ten Conference regular-season titles, four NCAA Tournament Sweet 16 appearances, an Elite Eight, and a Final Four appearance in 2012. The Buckeyes’ record was 193–62 with Boals as assistant coach. Boals recruited players such as D’Angelo Russell and Jared Sullinger to play for Ohio State.

On April 8, 2016, Boals was named the 11th head coach in Stony Brook men’s basketball history, and its third since moving to Division I. In Boals’ first season as head coach, the Seawolves finished 18–14 (12–4), second in the America East Conference. Boals led the Seawolves to the first 20-win season under his tenure in 2018–19. On March 17, 2019, Boals resigned from Stony Brook to accept a head coaching position at his alma mater, Ohio University.

Boals spent two seasons (2004-06) at Robert Morris and four years (1999-2003) at Marshall. In his final season at Robert Morris, the Colonials posted their first winning record in 15 seasons. He also spent a total of four seasons at Division II University of Charleston in two different stints. 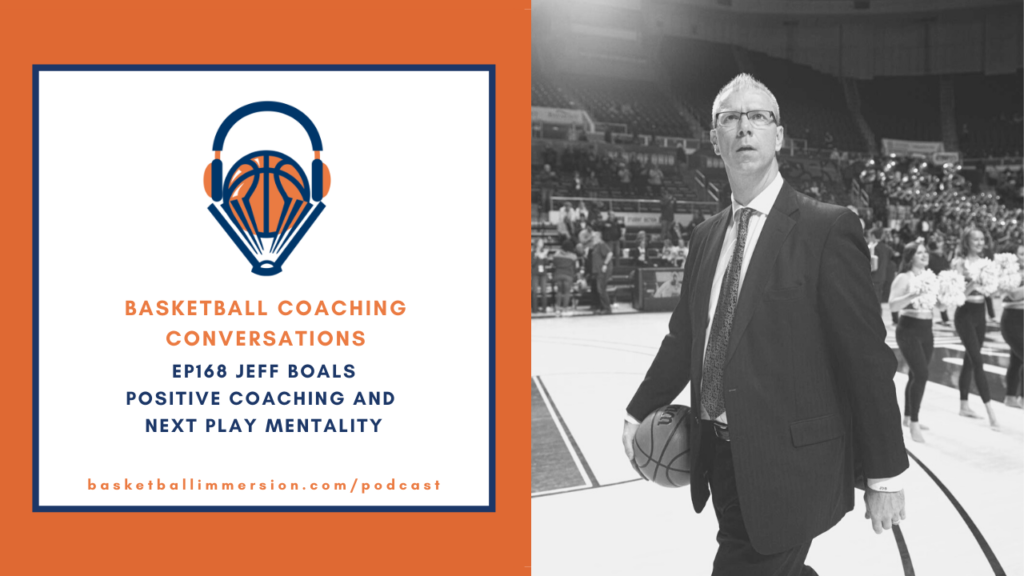 “We do passing drills, but we really accentuate and talk about perfect pass every single time. And if it’s not perfect, we’ll start the drill over . .  just to get [the players] thinking . . we really emphasize it and show film to back up our thought process.”

“When you run a lot of sets, teams are starting to switch everything more and make you play basketball. They’ll guard ball screens a certain way, not not let you come off and keep you on one side of the floor . . I think if you just teach some concepts of playing basketball, it’s going to take away all the switching.”

“If you do something like that [play a more unstructured offense], sometimes it allows you to play your five best players. Find a way to get your best five guys on the floor . . and let them figure it out . . there’s got to be a trust involved and there’s got to be some teaching concepts involved.”

“It’s better to learn from winning than it is to learn from losing because you can learn the same things. What do we need to keep working on to get better and really have that bigger picture mentality.”

“We’re always worried about effort level, really not what happens, but how hard you’re playing, playing through mistakes with a next play mentality.”

“If somebody comes in, you want them to respect everybody in your program, but compete in the classroom, in the weight room, in one-on-one, shooting drills, 5v5, whatever it may be. If you come in and compete, you might elevate everybody, right? Or you’re gonna bypass people. And we want our guys competing in everything they do.”

“In the summer, we chart every win and loss per player . . and we stat everything we do . . where everything’s got a plus or a minus to a turnover, rebound, assist, missed free throw, missed three, made three, whatever it may be. We’ll do that daily, we’ll do it weekly and then we’ll do a cumulative deal . . But it really gives them a visual to see so they come in the next day and compete even harder.”

“What we look for in a recruit:  Number one is high character guys. We want guys to do the right thing on and off the floor. The second thing is guys who love the game of basketball that want to be pros. You know they’re going to be in the gym watching extra tape, taking care of their bodies, getting to sleep that they need. And then the third thing is young men serious about earning their degree.”

“So our three non-negotiables: Number one is going to class is non negotiable. The expectation through the recruiting process . . [is] you’re expected to go to class, it’s not negotiable. The second thing is their attitude. And the third thing is their actions. And that covers a broad range, right? But it’s like, don’t blame, don’t complain, don’t deflect. Take ownership. If you make a mistake, be positive. We talk all the time about, ‘Hey, look, you’re gonna have a bad moment. You can’t let that bad moment make a bad day.’”

“As coaches, we don’t want to coach wheelbarrows – guys you’ve got to push all the time. When you have to coach the attitude, the effort, it’s taking away from everything else that you have to put your attention and energy to.”

Jeff Boals Links from the Podcast: