Vinay Bhavnani was most recently an assistant coach for the Oklahoma City Thunder. Bhavnani has also served as a video coordinator, the manager of advanced scouting and a director of player development. He has assisted in the development of NBA stars like Kevin Durant, Russell Westbrook, James Harden, Steven Adams, and Shai Gilgeous-Alexander.

His NBA journey started in 2004 when he took a scouting internship with the Los Angeles Clippers instead of pursuing a career in engineering. At the time, Bhavnani had just graduated from USC and could not pass up on his dream of working in the NBA. Vinay’s engineering background gives him a unique perspective and skill set to thrive in the league.

After three successful years in Los Angeles, Bhavnani was hired as an assistant video coordinator with the San Antonio Spurs. With the Spurs, Bhavnani continued to learn more about the game and made a positive impact on the organization. He continued to climb the ranks as the Thunder hired him as manager of advanced scouting and player development.

Bhavnani was the first assistant coach in the NBA with Indian heritage. His parents are from Ahmedabad, India. He participated in Basketball without Borders in India and has helped the Indian national team head coaches for the men’s (Kenny Natt) and women’s teams (Pete Gaudet). As well he spent time in support of the NBA India staff (Troy Justice) to see the basketball development in that country.

Bhavnani has become an expert in player development, scouting opponents, and understanding the game. His attention to detail and analytical mind has made an impact on winning at every step of his career. 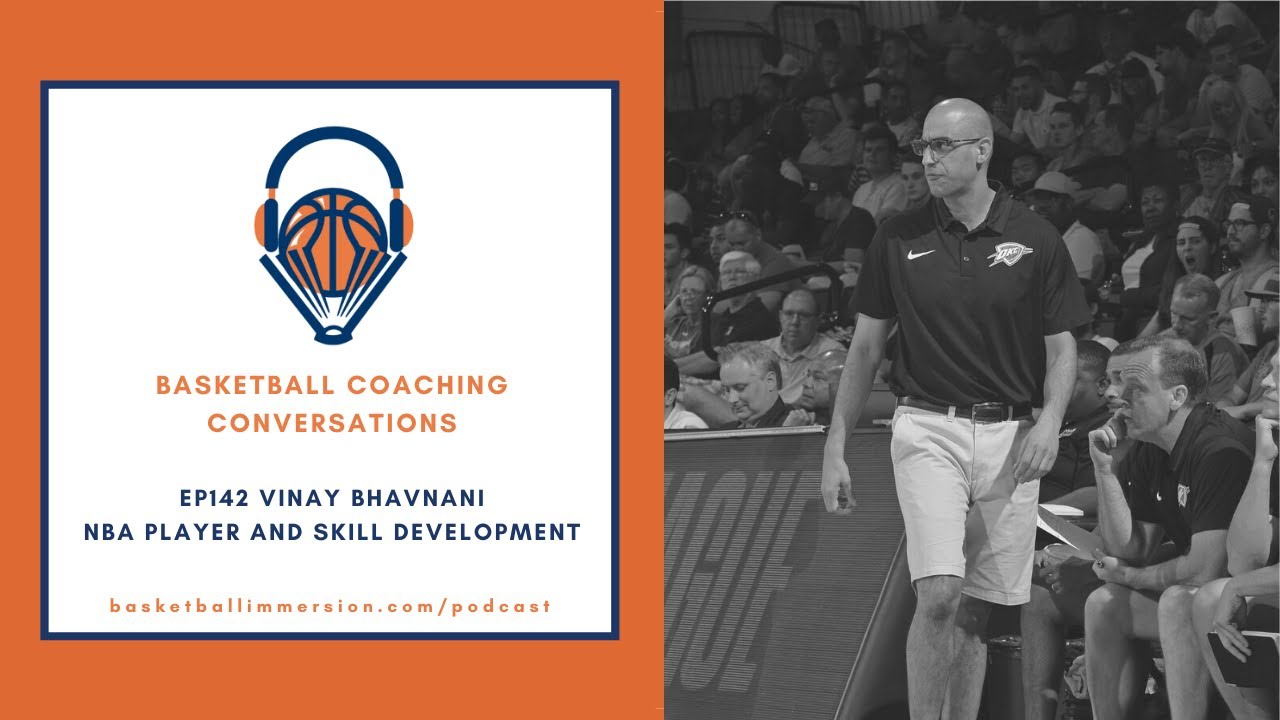 “There are certain things I think that could help coaches [in the job process] . . like forming a mission statement for yourself, because we’re in a service business . . so I think that it’s important to kind of self reflect and find . . what sort of services are you providing.”

“Do the people in your organization know what you do well? That’s going to be broadcast to other organizations, eventually.”

“You’re really doing it to help people, so keep putting yourself in positions to help people and if you feel like you can help people in other ways and do a little bit more then it’s okay to take risks to make that happen.”

“How do you make everything better in the culture?”

“Skill development is creating problems for the players to figure out and then acquire new skills . . once they master these little edges to their game, they can adapt them for more situations.”

[On steps in NBA player development] “The first year is professionalism. What does that mean? What’s that look? Are they listening to the vets on the team? . . practice, are you showing up on time? . . getting used to the travel . . this is what the walkthroughs look like . . whatever your cultural values are.”

“Acquiring these different skills and whatever they are comfortable . . reacting to in their own body. That’s the most important thing.”

“The reason why defensively those physical traits of a defender can really affect the game so much is because you feel rushed as an offensive player, you’re not used to shooting that certain way . . So are you practicing what you’re going to experience against the great competition, where you only see the rim for like a second, or this is when you see the rim? How are you training your body to shoot that way?”

“The footwork is the key that drives everything but the eyes are huge. Eyes are a big part of . . another layer, another complexity to development.”

“The only thing I really dictate to players is on spot-ups is: eyes on the rim first.”

“I think dominating spots on the floor that you’re comfortable with is big . . I’m a big believer in the pull up shot. I think it’s an easy shot. I think a lot of good players, those are the spots on the floor that they’d like to get to. And I think the game took that away from a lot of players and it made the drop defenses so killer because players are not allowed to shoot that shot.  I think that’s starting to change back.”

“Against really, really good players that have the complete freedom to shoot that [mid-range, pull-up] shot, that should eliminate that drop defense . . then it’s going to come down to switching and how your players do against the switch.”

“That’s where the player development is going . . it’s adding skills and adding different ways to get to certain areas of the court that they can master and just keep adding to that.”

“From the coaches standpoint, their job to me is to get the players to perform things or do things that they don’t want to do to win games . . those are the little things . . running back on defense, running habits on offense, are you in the right spots . . and then the little edges you have are how much have your players improved.”

[On scouting] “Be a minimalist, go into a priority . . and know your audience.”

The Inner Game of Tennis

Essentialism: The Disciplined Pursuit of Less

Ego is the Enemy