Lindsay Gottlieb recently began her NBA coaching career with the Cavaliers. She joined the staff with coaching great John Beilein last fall. This hiring made Lindsay the first NCAA women’s basketball coach to move onto the NBA. Gottlieb was coveted by the NBA because of her attention to detail and expertise of pick roll coverages.

Before the NBA, Gottlieb was the head coach at the University of California Berkley from 2011-2018. At Cal coach Gottlieb lead her teams to an average of 22 wins a season and 7 NCAA Tournament appearances. Along with that, the golden bears reached an NCAA Final Four and took home the Pac-12 title in 2012. Gottlieb also managed to balance team success and player development. In her short tenure, she had 5 of her players drafted by the WNBA.

At just 30 years old Gottlieb got her first head coaching job at UC Santa Barbara in 2008. In her first season, the team went 15-1 in the conference and made it to the NCAA Tournament. Throughout her short three year stint, she won two conference championships at UCSB.

Gottlieb has an incredible track record in her young coaching career. This includes 9 postseason appearances and 3 conference titles. Lindsay will also continue to make waves in the NBA this year with a young and exciting team. 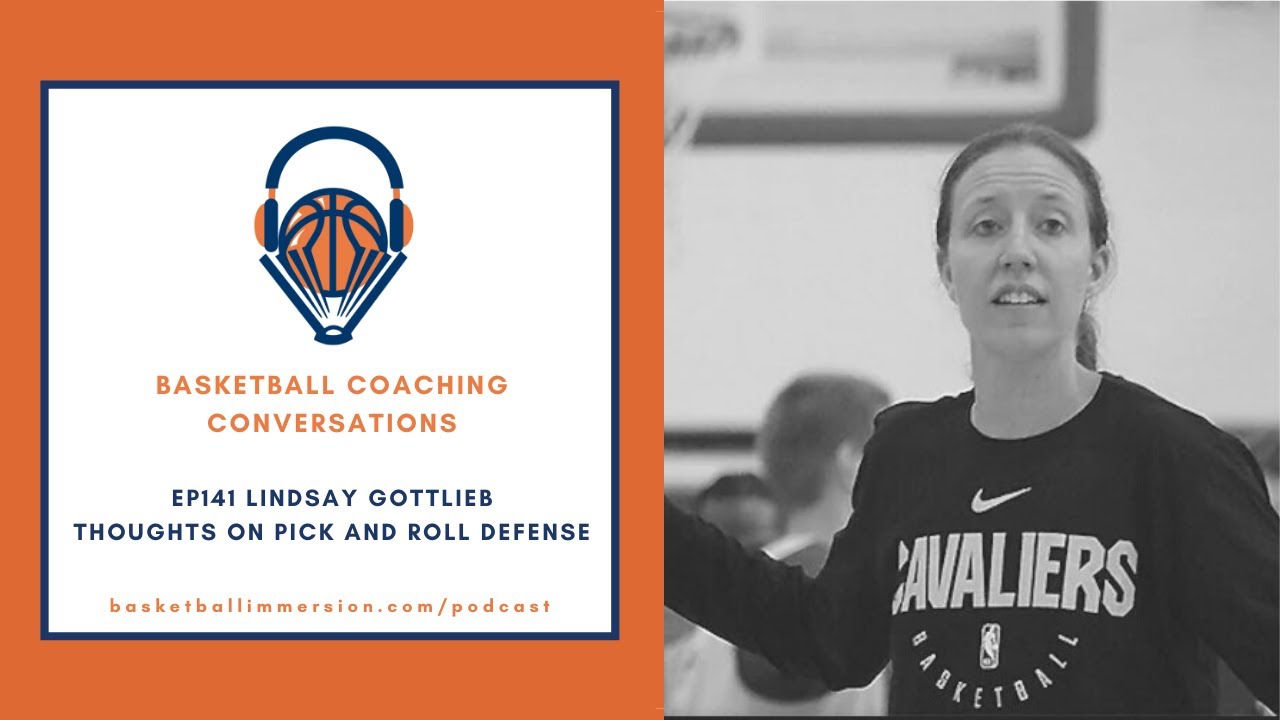 “If you’re talking about just getting your players to understand the concept of how to guard the pick and roll and where to be in help, I think 4-on-4 shell is really effective.”

“Every guy in the NBA knows multiple pick-and-roll coverages and they’re very fluid with it . . when you first come into college, it’s a huge teaching point for college coaches. . . it’s the same for high school coaches that are trying to implement it.”

“In the NBA like it becomes a chess match of who you’re trying to put in pick-and-roll to try and take advantage of someone somewhere on the floor . . If you feel like you can exploit a pick-and-roll matchup, you can also put a shooter on that side in what we call a single side tag because now a defender has to make a decision.”

“So this team, we may be only able to do two things, but can we get really good at those two things?. I think that’s the beauty of coaching, trying to figure out what it is that you have and how to maximize the skill sets and the abilities of those players.”

“If a team is playing on the offensive end of the floor and they’re running pick-and-roll, they’re going to get shots off . . so what you’re trying to do is dictate what type of shots do we want to live with?”

“The idea is offense is predicated on shifting the defense and moving the ball side to side and if you don’t let the ball get to where it wants to go off the pick-and-roll you can be effective.”

“I think the more you can put building blocks of your offense or your defense into simple warm up drills or into kind of everyday muscle memory things, it becomes ingrained in what they’re doing.”

“The on the ball defender, first and foremost, needs to be really in good shape, it’s really hard to navigate screens all game without being in good, good shape. So, . . drill some of those things in the offseason . . those functional body movements of being able to throw your hips and move laterally. The most important thing for the ball handler [defender] is you need to be able to put pressure on the ball and get into the ball.”

“A lot of bigs don’t come in thinking the ball screen is their responsibility defensively just because they’re not navigating the screen. So I think the number one thing for the screener’s defender is to be early and loud in their communication of calling the screen, but then also knowing the coverage and being in the right spot.”

“The attention to detail around player development is phenomenal in the NBA . . the difference in whether they improve their game by 2% is it makes their career and it can make your team.”