Jamion Christian previously was the head coach at Siena and Mount St. Mary’s. Mount St. Mary’s hired Christian as head coach in 2012. Christian implemented an up-tempo offense and “mayhem” defense, comparable to VCU’s “havoc” defense popularized by Shaka Smart. After his first season at the helm, Christian was named finalist for the 2013 Joe B. Hall Award, presented to the top first-year head coach in Division 1.

During the 2012-13 season, the Mountaineers qualified for the NEC tournament for the first time since the 2009–10 season. As a No. 5 seed, Mount St. Mary’s upset Bryant and Robert Morris, but lost to Long Island University in the championship game. During the 2013-14 season, the Mountaineers won the NEC tournament and earned an automatic bid to the NCAA tournament, their first appearance since 2008.

In 2018, Christian became the head coach at Siena. He guided the Saints to a nine-win turnaround from the previous year, finishing 17–16 overall and 11–7 in MAAC play, and a second place finish. It would be his only season on the job as he accepted the head coaching position at George Washington on March 21, 2019. 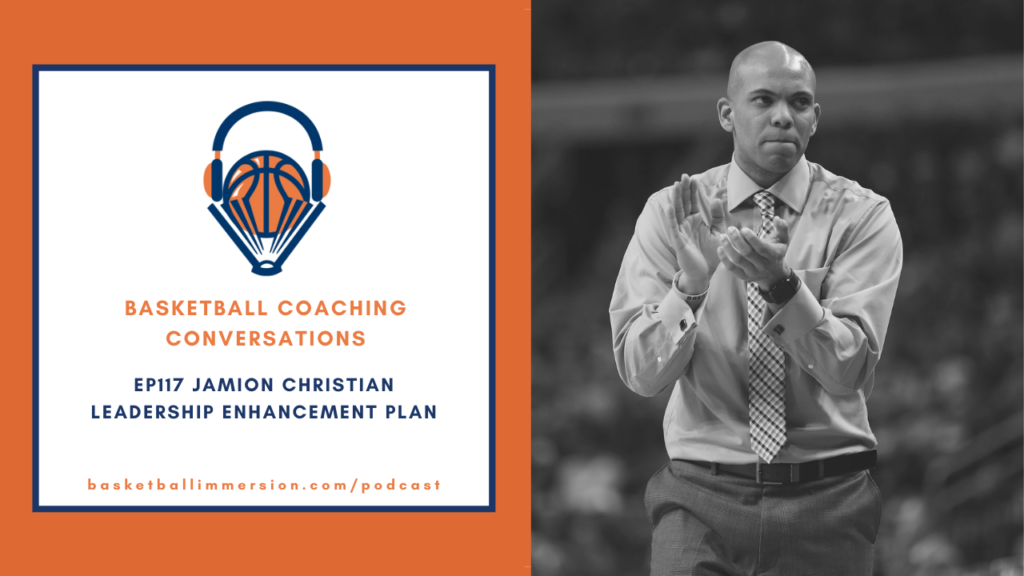 “Every year you try to find the leaders in your program . . and so we really try to systemize our leadership ability here.”

“You want your team, when you’re taking over in that first year especially, you want them to be able to acknowledge the things they did well and the things they can do better.”

“The next thing we talk about is what does it mean to be ‘all in?’ We have them define all of these: ‘all in’, ‘earn it’, ‘no excuses’, ‘honesty’, ‘love’, ‘present in the moment’ . . ‘grit’ and ‘accountability’ . . we have them write their definition of what that means to them . . and them we post them our locker room.”

“I don’t know that there’s any more important quality in a locker room than true honesty with one another . . we want them to really understand what honesty is and we want to call them out when they’re not being honest.”

“We have this document that we created that we give to the guys . . we want to take the three things you do at your very best, at your highest level and we want you to do those things 100% of the time and we’re really focusing on that.”

“If you can do three or four things at the highest level all the time and stay consistently there, look at the production you’re going to be able to have . . and we’re going to keep working on your weaknesses.”

“I think a great muscle is learning how to take and accept criticism. And so we want to provide a space and an environment where a guy can take that kind of criticism and listen and learn from it.”

“I think it’s really important for them to learn the intention and intentionality of their word and how important it is to teach and live by your word . . and so everyone’s teaching one another.”

“We wouldn’t assume that they [freshmen] knew anything on the basketball floor but then we often assume that they know a lot of stuff off the floor, and I think that’s unfair. And so, we just want to do a great job of trying to teach them all those little things off the floor and just try to hold them accountable.”

“”I try to create guys that are really accountable to themselves, that are really driven in what they want to be able to do. So, I try not to have a ton of rules . . Don’t abuse love; do what’s asked of you; and be on time . . if we had rules, it’d be that simple.”

“I don’t think as a freshman it’s enough to tell a guy [what to do], he’s got to kind of touch the stove a little bit to figure it out.”

“If I can get my juniors and seniors to kind of reinvest in the guys below them, we’re going to be in a great spot.”

“Your legacy lives on with people. No matter how many games you win, there’s going to be another team that breaks that, so I don’t want to make your legacy about that. . . when you leave a legacy within someone, that lives on forever because now they take what you taught them and they give it to someone else . . and your legacy doesn’t end.”

Good to Great: Why Some Companies Make the Leap . . and Others Don’t

The Five Dysfunctions of a Team

The Energy Bus: 10 Rules to Fuel Your Life, Work and Team with Positive Energy