Playing professional basketball in Spain has opened my eyes to new ways of playing and coaching basketball. In this post, I’m going to share six things I learned in playing in Spain that can help you become a better coach. Here we go:

If a ball screen action doesn’t generate a significant advantage on the first probe, give the ball up and keep the play moving. Too often, guards take two or three attempts at a ball screen and stall the offense. They end up pounding the dribble multiple times as they weave back and forth around the screen while the rest of their teammates are watching.

Screens are far more effective when the defense is moving. Without any movement a defense knows the ball screen is the main action. The defense gets to prepare only for that main action. Any good defensive team will have their ball screen defense dialed in when the offense is stationary.

In the first clip of the video, watch how Barcelona doesn’t force the action on the first ball screen. They could have attacked the switch, but instead chose to swing the ball (the switch will come back later in the possession). Barcelona then looks for their post player, Joey Dorsey (#6), ducking in on the block. Seeing that it’s covered, the post comes out and sets another ball screen.

This is where the first ball screen proves its value. Since the defense switched the first ball screen, the guard (#23) is now defending Barcelona’s post (#5) on the block and the defensive post big, Thanasis Antetokounmpo (#43) is stuck on the perimeter defending a guard. So when Joey Dorsey catches the ball on the short roll, both defenders are out of their normal position.

The guard is forced to defend the rim and Antetokounmpo has to stunt and recover to a guard. Neither does their job well because they’re out of position so Dorsey gets a lay-up. If that first ball screen didn’t happen, and the defenders didn’t switch, the play becomes a lot more difficult.

It’s for this reason that Spanish teams often utilize multiple ball screens per possession. The first ball screen doesn’t inflict the killing blow; it just exposes a chink in the armor. Once the defense is vulnerable, the second ball screen swoops in to drop the hammer.

Many ball screens in Spain are not designed to penetrate the defense. They’re simply used to disorganize the defense.

The second clip shows a common action used in Spain.

The team on offense, Valencia, sets a spread ball screen to start the play. This first ball screen is a decoy. The ball handler immediately swings the ball to the next guard (#16) who receives a step up screen.

Although the execution isn’t very precise on this possession, Valencia gets to the free throw line. Ideally, the second screening action would happen a little bit quicker. The second player screening (#18) should be sprinting into position so that he arrives to set the step up screen at the same moment that the guard catches the ball. Regardless, this common set demonstrates how teams use multiple ball screens on offense.

The third video clip shows the triple switch in action. Yo can see that Rudy Fernandez (#5) and Gustavo Ayon (#14) switch the ball screen. Fernandez is now guarding the rolling big man and Ayon is guarding the ball. If the defense were to maintain a normal switch, Fernandez would be stuck guarding Valencia’s center, a big mismatch.

Instead, Anthony Randolph (#3) steps in from the weak side corner, performing a second switch with Fernandez. Randolph takes the rolling post player (a much better match-up) and Fernandez takes the wing player.

When running a spread ball screen vs. a hard hedge defensive coverage, guards playing in Spain are taught to give the ball up quickly. Specifically, they’re taught to throw the ball ahead to the other guard.

In the diagram below, the point guard passes to #4 as X5 uses a hard hedge to defend the ball screen.

When the ball is thrown ahead to #4, the post player rolls diagonally across the lane toward the ball side.

This angle of the roll is key because it creates a longer help coverage from the weak side corner. X3 is now in a tough spot here because they have to defend both #5 and #3 who are now spaced apart. Often, #4 will be able to quickly pass to #5 for a lay-up. It’s far easier for #4 to make the pass to #5 than for #1 to make the same pass, because of the angle of the pass and less defensive pressure.

You can see this action play out in the fourth video clip. The defense is actually helping from the strong side corner (after the swing pass), which makes it a difficult help situation.

There are times when it is useful to deny a player off the ball, and times when it is an unnecessary gamble. Playing in Spain you learn that the goal of intelligent ball denial is to disrupt the rhythm of the offense without sacrificing help side defense or risk being beat on a backdoor. Two common examples of intelligent ball denial are when the ball handler is not a good passer, or when a player has picked up their dribble.

Another example of ball denial is to deny obvious swing passes through the trailing big. Many offenses depend on a trailing big to reverse the ball and flow into their offense. If you have a mobile post on defense, denying to disrupt the offense becomes a lower risk. Most post players aren’t as effective cutting backdoor so this minimizes the risk of backdoor lay-up even more. It is also rare for a backdoor to occur from the top of the key because there is often a player on the weak side who can help on a backdoor cut.

The idea here is to move away from giving absolutes. It’s not “deny everything or deny nothing.” You can give players freedom to deny at opportune moments when they feel the risk is low and the reward is high. Give players guidelines as to when those moments might occur, but also let them make decisions for themselves.

Against most down screens, coaches teach their guards to lock and trail. This means that the defender covering the cutter attaches themselves to the offensive player’s hip and follows them around the screen. With this defensive strategy, good offensive players will sometimes get a step on their defender and curl into the lane. When this happens, most guards try to catch up to their check. Playing in Spain, you learn that when you’re beat and can’t catch up, an emergency switch is an effective solution. This is called a “fix it” situation.

In the fifth video clip, Sergio Llull (#23) leaves his check on defense after he’s beaten on the curl cut. He leaves because his teammate, Gustavo Ayon (#14), uses an emergency switch. This leads to Llull getting a deflection.

The emergency switch is effective because a a curl cut on offense doesn’t leave much space for the offense. An emergency switch can take away an advantage, while also reducing offensive space. A key teaching point is for the guard to be relentless in their pursuit of the play, take a sharp angle, and take away the bounce pass to the big man.

In certain situations, it’s more advantageous to leak out than it is to box out. Playing in Spain you learn that when a player is shooting a three-point shot and fading away, falling down, or shooting from the deep corner, boxing out the shooter has limited value. It’s very rare that a ball will bounce back to the shooter in those situations. Instead, a guard is encouraged to leak out and try to get an easy basket.

In the last video clip, you can see the potential value of an intelligent leak out. While it works in this situation from the wing, I like this strategy the most when the player shoots from the corner.

The goal in sharing some ideas from playing in Spain is to challenge some conventional coaching ideas, while also sharing some ideas that can improve your coaching. I think it’s important to push the boundaries of what we accept as coaches. And this means challenging deeply ingrained beliefs about “the right way to play.” Sometimes there are better ways of doing things if we are open to change and willing to learn. Isn’t that why you’re reading Basketball Immersion in the first place?

Tyler Gaffaney recently completed his professional basketball career in Spain and is entering the coaching realm. Tyler is the founder of www.HoopGains.com where he writes about player development, mental training, coaching and his own personal journey. You can follow Tyler on twitter @tylergaffaney 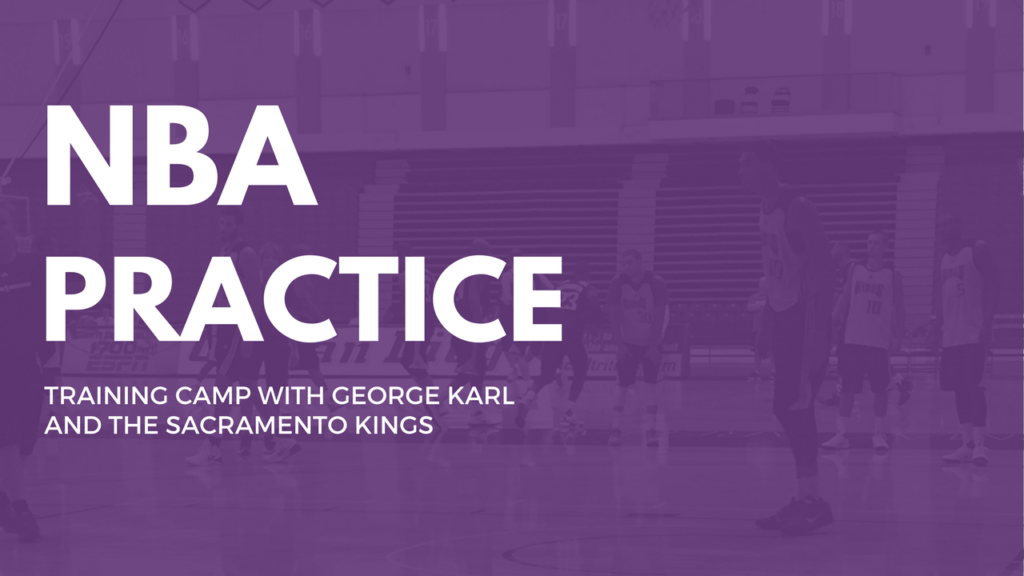 During the 2015-16 season I was able to take a sabbatical from coaching. This lead me to to many opportunities to observe practices around the… 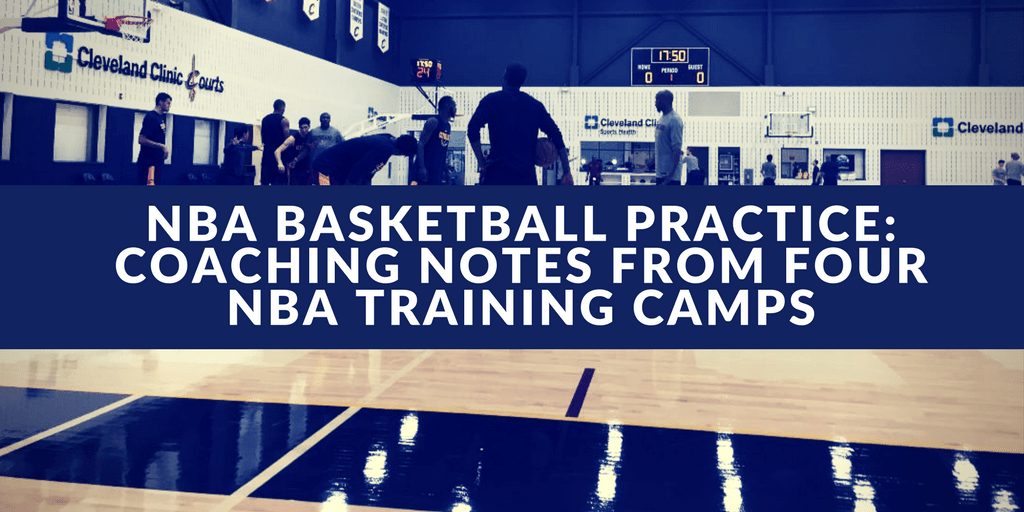 When NBA training camps started in September I was fortunate to be able to attend a number of practices in person. I attended two practices…